On February 1, 2012, the European Commission has declared the intended merger of Deutsche Börse and NYSE incompatible with the common market and, therefore, blocked the intended concentration.

Under the applicable EU legislation, the decision-making process is as follows: 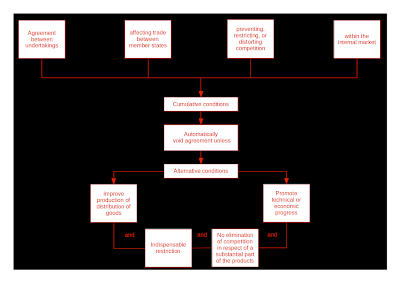 Prior to yesterday's decision, Deutsche Börse and NYSE on the one hand and the European Commission on the other hand, had vividly exchanged arguments in favor and against the agreed merger.


Decision of the European Commission

In the last months, the debate was mainly about the question whether the European Commission had correctly appreciated the global nature of the market for exchange-traded derivatives.

First of all, from an economic perspective, it makes no sense to talk about a European vs. a global market: The market is a pure process by which buyers and sellers determine what they are willing to buy and sell and on what terms, e.g. quantities and prices of goods and services.

Therefore, what counts is to fix the product scope clearly and then to appreciate the process how supply and demand for this specific product match.

From a legal perspective, European law introduces a local component. However, it does so to distinguish between the competency of member state authorities and EU authorities and not to appreciate the market structure itself.

In its decision, the European Commission defines the market as financial derivatives whose underlying are European interest rates, European stocks, or European equity indexes. As a matter of fact, we should avoid any confusion about European underlying and European market.

The European Commission holds that there is no significant offer for derivatives on the above cited European underlying from CME or other exchanges in the world and, therefore, concludes that the merger would lead to a quasi monopoly.

The European Commission recognizes that a merger would lead to clients posting less collateral, even though it holds that such gains would be significantly lower than argued by Deutsche Börse and NYSE. Nevertheless, it considers that such efficiencies cannot offset the downsides of the merger.

Looking at the above schema, this seems reasonable: The merger is certainly not indispensable to obtain a reduction of collateral.

The European Commission does, subject of its more detailed decision to be issued, not discuss this argument. It only states that “Eurex and Liffe are of comparable size in terms of their membership base and portfolio of contracts they offer for trading and clearing, and they both focus on European financial derivatives, namely European interest rate and equity derivatives”.

Posted by Florian Lummert at 12:21 AM