Has Germany's Federal Constitutional Court said “Yes” ? – Why the ESM is constitutional only under specific conditions and why this might not be the Court's last word 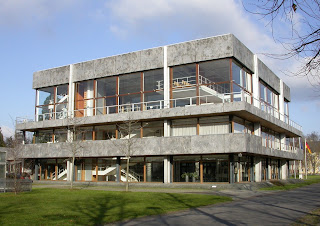 Germany's Federal Constitutional Court has issued, yesterday, an important decision on the future of the European Stability Mechanism (ESM).

As you can see on the graphs, financial markets were happy about the decision. 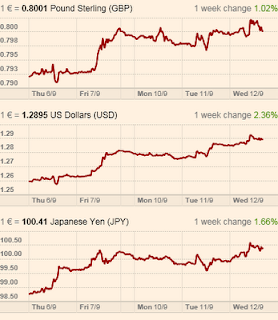 Background of the decision

In Germany, political institutions and even private individuals can introduce plaints against federal state laws. This case is one of such proceedings.

The plaintiffs addressed their complaint against


Their main argument is that the above laws (and the underlying European legislation) violate the democratic principles as they are fixed in the German constitution. The line of reasoning is that the German parliament would transfer too many sovereignty rights to the EU and, in addition, deprive itself of its budgetary authority.

It is important to emphasize that the Court's decision has been issued in a preliminary proceeding. This means that, if the complaint is addressed towards the ratification of an international treaty (as is the case here), the Court will make “a broad appreciation of the reasons put forward for a violation of the constitution in order to assess whether or not the main proceeding will probably be successful or not”. In other words, as the Court has, today, rejected the complaint, it has told us that it is not highly likely that it will admit the complaint in the main proceedings. This is why today's decision may perhaps not be the final word of the Court.

In the view of the Court, the German constitutional


The Court does not answer the question when an inter-governmental liability is too large in size not to allow the German parliament any more to use its budgetary authority. In its view, such appreciation must be carried out by the parliament itself.


The treaty on stability, coordination, and governance in the economic and monetary union (TSCG)

The TSCG is in line with the above criteria: Even though it may limit the government's budgetary authority temporarily, it will also protect such authority in the long-run, the Court says. In addition, the degree of today's necessary limitation is up to the parliament and not to the Court to decide.

In the view of the Court, this new stipulation, by itself, does not affect the budgetary authority of the German parliament. In addition, it does not transfer specific competencies to the European Union.

This part is the most important part of the decision. Beyond, this part of the plaintiffs claims is rejected only under some specific conditions.

First and foremost, Germany's liability under the ESM treaty is limited to 27 % of its 700 BEUR equity capital, e.g. 189 BEUR. This is the Court's main argument to declare the ESM in line with Germany's constitution.

However, the Court is wondering whether Germany's liability is really capped: On the one hand, article 8 (5) of the ESM treaty provides that “the liability of each ESM Member shall be limited, in all circumstances, to its portion of the authorized capital stock at its issue price”. On the other hand, article 25 (2) says that “If an ESM Member fails to meet the required payment under a capital call made pursuant to article 9 (2) or (3), a revised increased capital call shall be made to all ESM Members with a view to ensuring that the ESM receives the total amount of paid-in capital needed.”

In such a situation, the Constitutional Court conditions the complaints' refusal with an obligation of the German parliament to clarify the interpretation of the ESM treaty upon its ratification.

Second, article 32 (5) of the ESM treaty fixes the inviolability of its archives, article 34 sets out the obligation of professional secrecy for ESM personnel, and article 35 provides for immunity. In the Court's view, Germany can only be bound by the ESM treaty if it clarifies through the ratification process that the above stipulations will not hamper the German parliament's information rights.

Generally speaking, the decision of the German Constitutional Court is convincing.

Another important aspect of the decision seems to be the categorical interdiction to transfer any competence competence to the EU, namely as regards the parliament's budgetary authority. As a matter of fact, according to the optimum currency area theory (I have written about this here.), a unique European budget would ultimately be required for the Eurozone to work well. Germany's Constitutional Court seems to be more than reluctant to allow such transfer. This is not good news for Europe's current efforts to ameliorate the design of the Eurozone.

Posted by Florian Lummert at 12:49 AM