The Status of China’s Securities’ Markets – What have Shanghai's Taxis in common with Financial Innovation?

Imagine, you are a farmer. One autumn, your apple harvest turns out much bigger than expected. What to do about your apples, knowing that they will perish soon? As you cannot pick them all by yourself on time, you might ask your neighbors for help. Perhaps one could even bring his harvester and pick the apples much faster than than you could do with your hands...

Replace your apple farm with Chinese financial markets and your apples with money and you touch upon one of China's urgent economic problems. 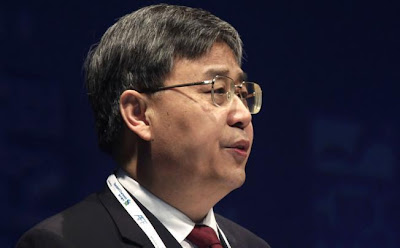 The following is based on a series of speeches from Guo Shuqing, former Chairman of the China Securities Regulatory Commission, held between May 2012 and January 2013.

China has a high savings rate

Today, China has one of the highest savings rates in the world. At the end of 2011, it stands at 51 % which is twice as high as Germany's savings rate and four times the US savings rate.

This means that China has money. More politely, China's financial resources do not encounter any problem of scarcity.

Capital allocation in China is sub-optimal

However, despite the abundance of funds, capital allocation doesn't work. As a matter of fact, savers simply lack appropriate investment opportunities which could re-inject the money in the real economy. In addition, capital allocation among industrial sectors is unbalanced: Some sectors (manufacturing, chemicals, mining, and infrastructure) are provided with excess funds whereas other sectors (SMEs, agriculture, education, health-care, and culture) lack sufficient financial resources.

What are the roots of sub-optimal capital allocation? Guo Shuqing is not prude with his fellow countrymen: “There is a crippling economic and financial problem, which is incompetence.”

To counter this incompetence, the former Chairman first trusts his fellowmen: “Employees of investment banks are known to be the smartest people and should be able to come up with smart solutions.” As this is obviously contradictory to the above statement about incompetence, he also suggests to stick to innovation: “It is unsustainable to always follow the footsteps of others. This is exactly why we are calling for innovation-driven growth of the real economy.”

But what does innovation actually mean for the Chinese financial industry? It means to

“Always refrain from offering products that are not well understood!”

“Face up your responsibilities!”

“Keep a strong sense of social responsibility and foster your sense of honesty, compliance, patriotism, caring for the people, poverty relief and environmental protection!”

To conclude, the China Securities Regulatory Commission intends to develop Shanghai’s position as a financial hub. In this context, Guo Shuqing praises the high level of credibility that Shanghai offers:

“For example, taxis in the city are well managed and they seldom take detours.”

Posted by Florian Lummert at 11:21 PM