“Bitcoin bubble grows and grows”, the Financial Times has written a few days ago about the virtual currency created in 2009 for a peer-to-peer network. Should we care? In a recent research paper, the ECB has examined precisely this question.

A currency is called virtual if it is created by and applicable within a virtual community to exchange virtual or real goods and services and to serve as a unit of account. Its characteristics are:

Depending on their interaction with the real world, the ECB differentiates 3 types of virtual currencies: 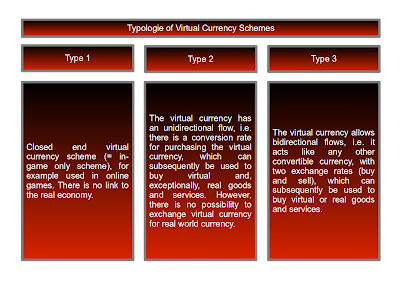 On the other hand, virtual currencies also cause risks such as


“For the time being, [virtual currency schemes] do not jeopardize financial stability, given their limited connection to the real economy, the low volumes traded and the lack of wide user acceptance. However, developments should be carefully monitored as the situation could change substantially in the future.”


To illustrate ECB's position, the value of USD in circulation is currently more than 6,000 times the USD value of issued Bitcoins. 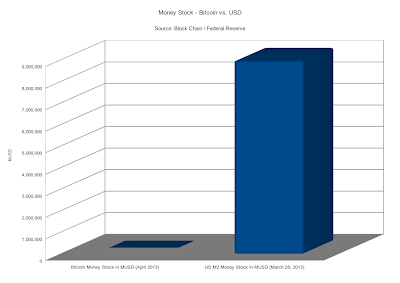 As a matter of fact, in the ECB’s view, type 1 virtual currency schemes are irrelevant as they are entirely disconnected from the real economy.

As regards type 2 schemes, they might have a negative impact if

Posted by Florian Lummert at 11:11 AM