IIF Meeting in Paris (II) – Removing structural impediments to growth in Europe: Taking stock and the road ahead

On June 25 and 26, 2013, the Institute of International Finance held its spring membership meeting in Paris. Unfortunately, I wasn't invited. To be honest, I wasn't even aware of the meeting before it took place. Anyway, the content is on-line and this is actually enough to write a short summary about it.

The second discussion was about economic growth prospects in Europe, to be achieved through structural reforms.

Joaquin Almunia introduces and leads the discussion. He pinpoints major economic topics which have been discussed in Europe since the introduction of the Euro in 1999:

Since 2008, we discuss predominantly the levels of indebtedness of member states. To bring debt levels down, governments introduce structural reforms. At European level, hot topics include the banking union and the stabilization of the common currency through deeper economic integration and better economic policy coordination.

“If we have to discuss these issues at length and in depth, we can spend the whole day and we will only be analyzing the challenges we have.”

“De-leveraging is taking place [in Europe] in both the public and the private sector.”

“We need to cut this link between the sovereign risks and the balance sheets of the banks.”

“Without adequate mechanisms to resolve banks, the single supervisory mechanisms [in Europe] and the Basel III rules will not work in an efficient way and will put the burden of a solution of banking crisis on the shoulders of our citizens.”

“[We must] preserve the European social model to offer [the European member states] which suffer high levels of unemployment a better future.”

“Competition enforcement is the most efficient and cheapest structural reform.”


French companies experience pretty much the opposite of the above, namely low profit margins and high real labor costs. As a result, French SME’s lack pricing power.

Turning to necessary economic reforms in France, Olivier emphasizes the need for France to cut government spending. In the end, only a smaller government budget can lead to lower social contribution and other taxes. Generally speaking, he believes that too much resource is allocated to the French public sector.

On a positive note, Olivier outlines two key strengths of the French economy:

“In a few years, structural reforms can pay off. It's better to start sooner than later.”

“Germany has been very good in taking advantage of [cheap] imports of intermediate goods and some kinds of outsourcing while this has not been done in France.”

“The only way to cut labor costs [in France] is to cut government spending.”

“It's very important to convey that reforms can succeed.”

On the demand side of the economy, he believes that ECB’s monetary policy constitutes a structural impediment to growth in the Euro area. As a matter of fact, the ECB has been less aggressive than central banks in the US, the UK, and Japan, both to limit moral hazard and to avoid fiscal redistribution. David especially criticizes Germany's insistence on dealing with economic problems first and foremast locally as opposed to finding common European solutions.

On the supply side of the economy, David affirms Europe’s slower growth in labor productivity and utilization. In his view, such slowdown is not only a cyclical phenomenon but a structural impediment.

“Growth in many countries has been constraint in recent years by having to adjust to prior excesses.”

“The clock is now been set ticking on the ultimate exit from this very extraordinary monetary stance.”

“Over the last four years or so, the US economy has performed better, on average [compared to the European economy], because of the FED's monetary stance.”

“The ECB has under-delivered relative to a standard reaction function.”

“The [European] central bank has taken on responsibility for managing moral hazard in the region.”

“The ECB seems to believe that governments need to be under a certain amount of pressure, whether that's from markets or from growth, in order to make appropriate adjustments.”

“For the Euro area to achieve a growth potential – even in the region of something like 1 % – we need to see a significant recovery in productivity growth and/or significant fall in the actual rates of unemployment. And it is pretty hard to see how those things can happen without a significant amount of fairly traditional kinds of structural reform.”

“It's [structural reforms] not just about legal structures but also about bureaucracy and how laws are applied and interpreted.”

Carlos Moedas, Secretary of State to the Prime Minister, Portugal 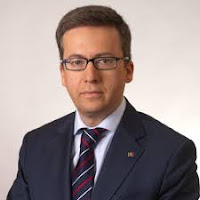 He starts off by highlighting three difficulties Portugal faces today:


How can Portugal tackle its problems?

“Portugal has proven today, that it is actually possible to adjust under a monetary union.”

“The solution [for growth] is not about spending.” 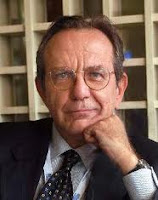 Pier Carlo starts his speech praising current structural reforms in and outside Europe. However, equally important will be how those structural reforms are implemented. Obviously, this requires an efficient administration and a strong civil justice system.

Structural reforms are indispensable for long-term growth. In addition, they entail positive side-effects in that they facilitate and improve the current account balance and fiscal consolidation. What’s more, they have a positive impact on income distribution and inequality.

Another focus is on the difficulty to implement structural reforms, namely due to the time difference between implementation and effects. It might actually happen that structural reforms further deepen a recession and increase unemployment in the first place.

With regards to the geographic scope of structural reforms, Pier Carlo advises Europe to work simultaneously on a supranational and on a country level.

“A good qualitative long-term fiscal consolidation supports structural reforms but also the other way round.”

“Of course, in a recession, things are more difficult to see.”

“You need a better macroeconomic and financial environment.”

“When the cycle will get stronger – hopefully not too much down the line – the impacts of [today’s] reforms will become [clearer].”

“We are not seeing the results [of structural reforms] in Europe yet. But we might see them sooner than we expect, once the cycle and the credit system get better.”

“Structural reforms are very important but they are also country specific.”

As regards structural reforms, Jean-Claude draws a disappointed conclusion: “We [both the EU and the G20] know what we have to do […] and we do not deliver.” This is all the more surprising as examples for successful structural reforms don’t lack: During the financial crisis, the most resilient advanced economies were Canada, Sweden, and Germany and all of them had carried out bold structural reforms previously.

The governance structure in the European Union is the roots for its economic problems: “Putting the blame on the central bank is not appropriate. I would put the blame on governance of the Euro area.” – says Jean-Claude Trichet. A cornerstone of this critique is the lack of respect of the European stability and growth pact. A healthy European economy would also require monitoring and correct macroeconomic imbalances among member states. Finally, implementing the European banking union is absolutely necessary for the Eurozone to be successful.

“We [the ECB] were the first central bank to embark on highly non-standard measures on the 9th of August 2007, in giving liquidity on an unlimited basis at a fixed rate.”

“We [the ECB] are supplying liquidity on an unlimited basis provided we have the appropriate collateral.”

“The main problem why the real economy is disappointing in some respect is […] that several countries absolutely had to adjust. And this was unavoidable because the rest of the world was very clearly saying: We will not finance your deficit eternally.”

“We trusted the competitive channel would correct those imbalances [in the Euro area], but it did not.”

If you work for a member institution and register with the Institute of International Finance, you can watch or download the speeches here.
Posted by Florian Lummert at 10:54 PM