About 2 years ago. I attended a conference lead by Vineet Nayar, CEO of HCL Technologies. I remember very well the setting: The room was packed with HR people admiring HCL Technologies and his CEO (“Vineet, this is so inspiring!”). At that time, I also found Vineet's speech excellent. However, I was somewhat wondering: Was is all true or only about selling the company?

This year, the summer in France was fantastic. One day, I was sitting on the beach and enjoyed the sun. I opened Vineet's book “Employees first – customers second” that has been waiting on my book shelf since the conference two years ago.

Vineet starts off with a story of a race-car driver he has met on a flight from New York to Frankfurt and whose car breaks fail during a race. What to do? “Speed up, accelerate past the other cars and then take whatever action is necessary.”

I am now on page 2 of the book and wonder if I should stop here. But I am on holiday and have time, so I keep on reading.


“Any transformation journey requires innovation both in what you do and in how you do it.”


The “Employees first, customers second (EFCS)” concept is about how you do things, not what you do.


“In any services business, the true value is created in the interface between the customer and the employee. Thus, when a company puts its employees first, the customer actually does ultimately come first and gains the greatest benefit.” 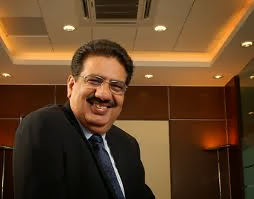 Vineet organizes his book in four parts, describing the phases of his EFCS concept:

Mirror-mirror: Creating the need for change

This step of the HCL's transformation starts off in 2005. Even though HCL Technologies is doing pretty well (growing revenues), its competitors are doing even better – they grow faster and increase market share. In addition, at that time, the CIO (Chief Information Officer) function is changing dramatically (faster delivery and achievement of a competitive advantage) and, thus, profoundly readjusts HCLT's main customers.

Vineet decides to make his employees see the reality of the situation, create a dissatisfaction with their status quo, and nourish their hunger for change.


“I realized, with some surprise, that neither a point A nor a point B had been clearly defined. People had different views of where the company was and where is should be headed.”


Vineet criticizes that most companies define where to go (point B) but not where they stand today (point A). In his view, this is all the more surprising, as the status quo often represents “the elephant in the room, i.e. the truth everyone knows about but nobody speaks out loudly”.


“The pride we take in our work and in our past can make it difficult to hear the truth, let alone accept it.”


Looking into the mirror is carried out through talking face-to-face with employees, not by sending out memos. Here, the CEO distinguishes three groups of employees:


As you might expect, Vineet focuses his energy on the transformers. His idea is that they convince the fence sitters and that the lost souls either change or leave the company.


“Some people tend to think that a fault is always beyond their control and find an excuse for everything.”


“It took me a while to realize that far too many people at HCLT were focused on the past. […] The present was too frustrating. The future was too unknown.”


Trust through transparency: Creating a culture of change

“People within the organization know very well what's wrong with a company.”


“We needed a big change, but it did not have to be the one I had proposed.”


“The trust quotient, particularly regarding business leadership, is at an all-time low around the world.”


“Lack of trust, we had discovered, was the most important “yes, but” of all.”


“The more transparent you are, the more you will bring your house in order because every dirt will be visible.”


“Increased transparency let to quicker action at the grassroots level. It also motivated the teams that were doing well.”


“By being open and acknowledging the imperfections that existed in the company, we had shifted the conversation away from what was wrong to what could be done about it.”


Inverting the organizational pyramid: Building a structure for change


“There were senior people on top; a thick layer of middle managers and enabling functions […] in the middle, and the front-line workers, who had the least power and influence, on the bottom. The command-and-control approach has characterized large organizations for centuries.”


The starting point for Vineet's strategy is that traditional top-down management doesn't make much sense today. The reason is that it doesn't allow fundamental change to take place. In addition, it means that those out of the value-zone (= the interface between customer and employee) have the most power in the organization which cannot favor value creation.

Turning the traditional approach upside down then means that bosses should be accountable to the value zone and not vice versa. To that end, Vineet takes three specific actions:


As you can imagine, HCLT's top management first resisted these measures. Vineet describes in his book very well how and why he was able to overcome such resistance.


“The SSD initiative essentially leveled the playing field. It didn't matter where the employee was in the hierarchy, his or her cause would be heard.”


“The many know more than the few. Collective wisdom outshines individual judgment.”


“The communication of an initiative was often as important as the initiative itself.”


“You must never completely believe what you see; you must always look beyond the immediate to understand what's going on.


Recasting the role of the CEO: Transferring the responsibility for change

Traditionally, HCLT functioned like a spider, i.e. the organization was centralized and dependent on the central CEO function. Vineet wants to transform the company into a starfish, i.e. a decentralized organization that can function in autonomy and replicates any governing body on a local level.

To illustrate his approach, Vineet describes the example where his employees develop an internal HCLT consulting project with a customer without informing the management. Nevertheless (and because the initiative is successful), they get applauded for their initiative. Nice story, I think, but, as an employee, you should probably be very careful when choosing your internal project before you share it with external clients.


“They [HCLT employees] had made a fundamental shift in the way they worked and how they added value for the customer without being directed to do so by me or any superior.”


Which specific initiatives were taken to recast the role of HCLT's CEO?


But why would Vineet limit his own function and sphere of influence? He highlights three reasons:

“The role of the CEO is to enable people to excel, help them discover their own wisdom, engage themselves entirely in their work, and accept responsibility for making change.”

I found the book interesting. The examples and stories are sometimes a bit stereotype, but that seems to be necessary to sell this kind of business book. Positive is the personal writing style and the attitude of the author who doesn't want to sell his doctrine but to share his experience.

Now back to my provocative title: Is Vineet's management and HR stuff worth it, from a purely financial perspective? My answer answer is yes!

My financial analysis shows that HCLT is among the best performing Indian IT service companies and constantly creates value.


“The beauty, ultimately, is in the experiments and the learning we gain from them.”


“Today, as much as my eyes have been opened, I wonder if I am still in the dark.”

Posted by Florian Lummert at 9:52 PM