On October 12, the Institute of International Finance held a “CEO masterclass about the future of finance”. The pretentious title turned into a very interesting discussion about the state of the universal banking industry and its outlook for tomorrow. Here are the essentials:

Jamie Dimon says yes, simply because “clients need the services”. As the financial system and its products are complex and big corporates acting cross-border, banks simply mirror this situation and become big and complex.

“Our clients are quite happy with us.”
Jamie Dimon (JP Morgan)

The statements are somewhat mixed. The opinions range from downplaying scandals to alarming the industry.

“We have a series of issues and we are gonna deal with them. But that doesn’t my bankers immoral.”
Jamie Dimon (JP Morgan) 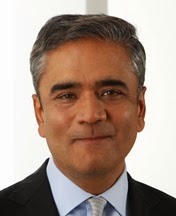 “Global universal banks are at the heart of skepticism.”
Anshu Jain (Deutsche Bank)

“We [global banks] have to earn the license from civil society every day. Just saying, shareholders are happy and clients are happy, will not be enough.”
Piyush Gupta (DBS)

“Ethics is very profitable at the end of the day.”
Francisco Gonzalez (BBVA)

Have universal banks changed since the 2008/09 financial crisis?

Yes, the regulatory changes have been substantial. 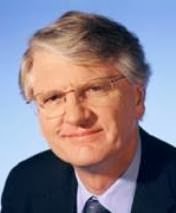 “BNP Paribas, like any other bank, has more changed in the last five years than in the last 150 years.”
Baudouin Prot (BNP Paribas)

“I am not worried because leverage has gone down dramatically.”
Anshu Jain (Deutsche Bank)

This is unclear. On the one hand, the speakers outline the growing importance of capital markets in Europe.

“We will absolutely need universal banks like BNP Paribas that bring corporate clients for the first time to the bond markets.”
Baudouin Prot (BNP Paribas)

“Whether we like it or not, in Europe, we have to migrate to a system where the banks’ balance sheets will be smaller, as a percentage of the funds provided to the economy, and we need to have more market mechanisms.”
Frédéric Oudéa (Société Générale)

What is most important when it comes to regulation of global universal banks?

Most important is that national regulators treat banks equally. This is the famous level playing field.

“If we want to have a level playing field we need the rules in terms of capital and liquidity requirements but also for derivatives to be the same [in Europe and the U.S.].”
(Anshu Jain (Deutsche Bank).

It will not surprise you that you won’t get a simple “yes” or “no” answer here. On the one hand, the speakers want to cool down worries about the shadow banking system.

On the other hand, they face the reality that regulating the regular banking system is, to some extent, useless, if the shadow banking system remains unregulated.


“As you make banks safer, you cannot simultaneously remain suspicious and want to move activities away from them [to the shadow banking system].”
Anshu Jain (Deutsche Bank)

“Risk is a zero sum game. It has to sit somewhere.”
Anshu Jain (Deutsche Bank)

Will / should the shadow banking sector be regulated?

Yes, it will be regulated, simply because the regulator will follow the risk. However, the lecturers believe that the regulators should be more cautious as to the consequences of new regulation and regulate financial products rather than the stakeholders creating and selling them. 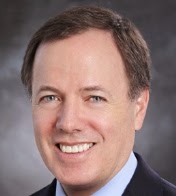 “I think the regulators are coming. They are going to follow the risk [towards the shadow banking sector]. But it’s gonna take some time.”
Nicolas S. Rohatyn (The Rohatyn Group) 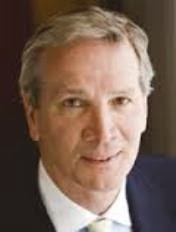 “We want to solve the problems of the last crisis and we don’t understand the problems we are creating [by doing so].”
Alan D. Schwartz (Guggenheim Partners)

“You have to think much harder about how to regulate the products and who’s got skin in the game.”
Alan D. Schwartz (Guggenheim Partners)

In principle no as banking is, by definition complex. However, the speakers seem to strive for simplicity even though it seems to be out of reach.

“As Albert Einstein said: ‘You should make it [the financial system] as simple as possible, but no simpler.’)”
Jamie Dimon (JP Morgan)

“There is this trend towards the desire for simpler instruments in a world in which you understand less.”
Nicolas S. Rohatyn (The Rohatyn Group)

Will financial hubs play a vital role in the future?

Yes. The reason is that they allow efficient clearing of transactions. As you might expect, fiscal or (lack of) transparency considerations don’t play a role here.

“Flows need and tend to congregate in places where efficient clearing mechanisms and efficient aggregation mechanisms are.”
Piyush Gupta (DBS)

“I take it for given that financial centers have to develop based on technology and competitiveness but not on lack of transparency and things like that.”
Frédéric Oudéa (Société Générale)

Is the location of its headquarters still important for a global universal bank?

Yes, because “there is always a link between a country [the home country of the bank] and a bank.” – Frédéric Oudéa (Société Générale) 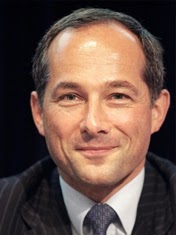 “It’s, by nature, very important to be strong in our home market.”
Frédéric Oudéa (Société Générale)

How can global universal banks create a competitive advantage?

How profitable can be big global banks?

New regulation for banks makes it more and more difficult for banks to remain profitable.

“It is very difficult to be reasonably profitable in this new world.”
Frédéric Oudéa (Société Générale)

“There is probably a prize that will be paid [by big banks] for size.”
Frédéric Oudéa (Société Générale)

This is especially true in retail banking.

“It will be increasingly hard to find global players in retail banking […] because the economics don’t work and the regulations make it very complex.”
Piyush Gupta (DBS)

“If you are too small in a country, it’s not easy to compete [in the retail banking market].”
Frédéric Oudéa (Société Générale)

Where will the industry head to in the coming years?

Technology is expected to further shake up the industry. 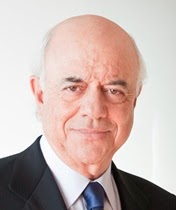 “I think people overlook or underestimate the importance of technology.”
Francisco Gonzalez (BBVA)

“People are thinking in the short term. But in the medium or long term, there is a big threat to the banking system, and this is technology. Technology will give a completely different experience to our customers.”
Francisco Gonzalez (BBVA)

Dis-intermediation and expected consolidation in Europe and the opening up of the Chinese and Indian banking sector complete the current expectations for universal banks.

“In Europe, you will see consolidation [in the banking industry over the next five years].”
Frédéric Oudéa (Société Générale)

“The barrier to entry CIB [corporate & investment banking] will be huge. To be profitable in CIB with all the [regulatory requirements] will request size.”
Frédéric Oudéa (Société Générale)

“It’s a question of time that the [Chinese] regulators will understand that having an old-fashioned, non-efficient financial system holds up the economy growing.”
Francisco Gonzalez (BBVA)