First the facts: Since 2008, the European Commission had investigated whether banks have illegally arranged their submissions for EURIBOR and YEN LIBOR fixings. For some of the accused banks, this investigation has ended on 4 December 2013. Deutsche Bank, Société Générale, RBS, JP Morgan, Citigroup, and RP Martin will pay 1.71 BEUR in total. Barclays and UBS pay nothing, due to EU Leniency rules.

If you compare the European Commission's with the banks' press releases, you read two different stories:

The European Commission talks about “cartels in the interest rate derivatives industry” and “collusion between competitors”. Joaquín Almunia says:

“What is shocking about the LIBOR and EURIBOR scandals in not only the manipulation of benchmarks, which are being tackled by financial regulators worldwide, but also the collusion between banks who are supposed to be competing with each other.”

Deutsche Bank writes about an “agreement” or “settlement”, it has reached with the European Commission. The bank's co-CEO's, Jürgen Fitschen and Anshu Jain, say:

“Today’s settlement marks one important step in our efforts to resolve the Bank’s legacy issues. The settlement relates to past practices of individuals which were in gross violation of Deutsche Bank’s values and beliefs. Acting with integrity is a core value at Deutsche Bank, and we expect every employee to adhere to it. We are attaching the highest institutional importance to ensuring that this type of misconduct does not happen again.”

Société Générale also writes about a “settlement” with the European Commission and emphasizes that an individual employee arranged the EURIBOR quotations with other banks, without his supervisors' knowledge and upon the initiative of a trader with another bank.

JP Morgan mentions its press release that “the settlement makes no finding that JP Morgan Chase management had any knowledge or involvement in the conduct at issue, or that the traders' actions had any impact on the firm's LIBOR submissions or the published LIBOR rates.”

The first thing you see when you look at RBS' press release is a huge picture of EU flags in front of the European Commission's building.

Should I try to link the image with the topic of the press release?

I should perhaps not overstate things at this stage. Anyways, RBS doesn't talk about cartel or collusion either, it writes that “RBS has agreed to pay a settlement penalty of € 131,004,000 to resolve the investigation”. 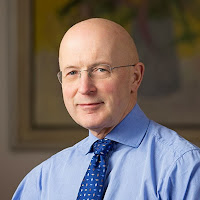 “We acknowledged back in February that there were serious shortcomings in our systems and controls on this issue, but also in the integrity of a very small number of our employees. Today is another sobering reminder of those past failings and nobody should be in any doubt about how seriously we have taken this issue. The RBS board and new management team condemn the behaviour of the individuals who were involved in these activities. There is no place for it at RBS."

Under European Law, what is a cartel? In a cartel, competitors either explicitly agree or align their behavior. They do so to influence competition in the market. A cartel can, for example, consist of fixing prices or other trading conditions. In the view of the European Commission, this is what traders have done. By aligning their EURIBOR or Yen LIBOR quotes, they indirectly fixed prices for interest rate derivatives based on these base rates.

It is important to understand that a cartel can exist even without the company as such being involved. As a matter of fact, the company remains liable for its employees, no matter if or how they were instructed by top management to lead or participate in the cartel.

The Commission assesses fines in a three step process:

The formula for calculating the fine would look like this

As the banks have settled their claims, the European Commission applies a further 10 % discount.

The following basic amounts and fines have been received by the settling banks:

The European Commission has not published the exact gravity and prevention factors. Therefore, we cannot calculate the exact volume of sales generated by the cartels. Depending on the factors you choose, the Euro Interest Rate Derivatives Cartel has generated sales between 2 bn € and 6.9 bn €.


A final word on the scope of the Commission's investigations and fines: They separate from any other actions taken by financial regulators. The Commission protects competition and ensures the functioning of markets whereas regulators tackle possible manipulation of financial benchmarks. The EURIBOR / LIBOR story may not yet be finished for our banks...

Posted by Florian Lummert at 11:25 PM