“We are seeing light at the end of the tunnel.”
Nikos Dendias
Greek Public Order Minister
10 July 2013

The future of RBS is in the news: Rothschild is said to advise the U.K. government on how to divide RBS into a good and a bad bank. Citigroup has sold bad quality mortgages to Fannie Mae and must pay 1 BUSD in damages. S&P downgrades Barclays, Deutsche Bank, and Crédit Suisse from A- to A. The agency's rationale is doubts about the future of the European investment banking business model. The UK Government intends to sell a 5-10 % stake in Lloyds Banking Group to retail investors from September 2013 on. JP Morgan, Wells Fargo, Citigroup, and Morgan Stanley report strong Q2 2013 results. Barclays has manipulated price building in U.S. electricity markets and must pay a 470 MUSD fine. By shrinking its balance sheet and issuing convertible bonds for 6 BEUR, Deutsche Bank intends to reduce its leverage ratio. JP Morgan considers the sale of its physical commodities trading business. The reasons are higher capital requirements and a possible FED ban for banks to hold physical commodities. Goldman Sachs' physical commodities' trading unit is criticized in the U.S. Senate for long warehousing queues which hamper the physical delivery of commodities. Queues are profitable for Goldman Sachs because rental fees keep falling during queuing. Ross Mc Ewan becomes new CEO of RBS.

The EU commission investigates against 13 banks, Markit, and ISDA, alleging a violation of EU competition rules by keeping trade exchanges out of the CDS market. On the other side of the Atlantic ocean, the FED decides to implement and even go beyond Basel III minimum rules in the US. The target date is January 2014. The financial press criticizes the draft European directive on bank recovery and resolution, saying that its bail-in scheme for private creditors can trigger the risk of bank runs. The Basel Committee on Banking Supervision says it is willing to rethink Basel III regulation because the calculation of risk-weighted assets impinges on the comparability of financial institutions. European Banking Union again: The European Commission intends to transfer substantial powers to the European resolution authority; resistance comes from Germany. U.S. senators Warren and Mc. Cain propose to separate depositary institutions and financial products which did not exist at the time of the Glass Steagall act. The FED thinks about banning banks from physical commodities trading; the reason is that holding both financial and physical business might lead to banks' dominant positions in the commodities trading business. European payment card systems could become stricter regulated in that the European Commission suggests a cap on interbank transaction handling fees and a separation of entities which run payment card schemes from entities that process transactions.

Struck by a political crisis (Two ministers have resigned.), Portugal’s government bonds raise by 130 bps and reach, later in July, almost 8 %. This, however, does not lead to contagion in financial markets. In ongoing restructuring negotiations, Greece has reached an agreement with its troika lenders (i.e. European Commission, European Central Bank, and International Monetary Fund). Positive news comes from Latvia: The country is admitted to the Eurozone and will join the European currency within two years. Due to a slowdown of economic activity in emerging markets, the IMF reduces its forecast for global growth and expects 3.1 % in 2013 and 3.8 % in 2014.

Thomson Reuters will stop providing a service to high frequency trading companies to receive financial data two seconds prior to other clients against payment of an undisclosed extra fee. NYSE Euronext could take over the administration of LIBOR benchmark rates. The U.S. government sues hedge fund SAP and claims 10 BUSD damages for insider trading.

Ben Bernanke says the FED's accommodative policy will remain in place for a foreseeable future. Later on in July, the FED gets more concrete and outlines that it will not change its accommodative monetary policy until the unemployment rate in the U.S. is below 6.5 %.

EBA calls for aligning supervisory differences in Europe. The administration finds that such differences are responsible for multiple risk-weighted asset calculation by European banks. Raghuram Rajan will become new governor of the Reserve Bank of India in September 2013; he will have to deal with India's slowing growth and the Rupee's devaluation. The U.S. Treasury's bail-out of Freddie Mac will probably become profitable by the end of 2013. The Financial Stability Board intends to regulate shadow banks stronger. 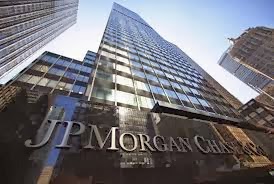 Crédit Agricole and Commerzbank post better than expected Q2 2013 results. Barclays envisages selling its retail business in the United Arab Emirates. Two investigations shake up JP Morgan in August: The U.S. SEC investigates whether the bank has hired sons and daughters of Chinese government officials to facilitate its business in China. Later in the month, U.S. prosecutors want to know whether the firm has manipulated U.S. energy markets. Wells Fargo intends to cut 2,300 jobs in its mortgage business unit, due to a drop in demand for new mortgages. The U.K. Parliamentary Commission on Banking Standards urges a break-up of RBS into a good bank / bad bank structure. JP Morgan again: The firm looses 50 MUSD in a lawsuit against investor Len Blavtnik; in addition, the U.S. government demands more than 6 BUSD damages from the bank for mis-selling of mortgage-backed securities. Ecobank's board is accused of selling assets, writing off debt, and inflating bonus payments to the detriment of shareholders. KKR announces the creation of a non-banking unit (Maritime Finance Company) to finance offshore oilfield services and traditional shipping companies.

Brazil calls for a review of the IMF program for the benefit of southern European countries (namely Greece), questioning whether bail-outs are economically viable. Banks with huge business in Asia experience bad results in the region, linked to the decline of credit markets and the slowdown of the Asian economy.

“In order to achieve fiscal consolidation, we have to overcome inflation first and revitalize the economy. Otherwise, we cannot see the increase in tax revenues.”
Shinzo Abe
Japanese Prime Minister
27 September 2013

Italy introduces a high frequency trading tax. Intermediaries such as market makers are exempt from the tax. Borrowing costs for Spanish and Italian SMEs fall to a two year low (5.46 % and 5.25 % respectively for 1 MEUR with 5 years maturity). The new head of India's RBI, Raghuran Rajan, intends to focus on the liberalization of the Indian banking sector. Lawrence Summers withdraws as candidate for the FED chairman position. The U.S. FED declares it will not start exiting its loose monetary policy yet, as the growth outlook for the U.S. economy for 2013 is negative. Mario Draghi, ECB President, says that the ECB will inject further liquidity into European banks to stimulate the economy William Dudley, President of the New York FED says the economic situation in the U.S. is too weak to justify an exit of the FED from stimulating monetary policies.

GE Capital intends to divest its consumer finance arm and, ultimately, to focus on commercial lending. Lloyd's chairman, John Nelson, warns about systemic risk in the insurance industry, due to too much capital flow into the insurance industry, leading to (artificially) lower pricing of insurance products. Crédit Suisse's CEO, Brady Dougan, targets an after tax ROE between 10 % (in bad times) and 20 % (in good times). A German court attests Deutsche Bank has wrongfully dismissed four traders who submitted Euribor quotes. The court says DB's internal Chinese walls were insufficient. JP Morgan intends to simplify its business structure including selling its physical commodities business, stop selling student loans, sell its private equity arm, and review its correspondent banking business. Moreover, the bank will face regulatory actions in connection with its 6 BUSD derivatives loss early 2013. The bank is accused of improper information of regulators. Finally, JP Morgan reaches an arrangement with the U.K. FCA and settles allegations over the London Whale derivative debacle. Citi will cut 1,000 jobs in its mortgage business unit, due to lower volumes of refinancing in times of increasing interest rates. Rabobank is about to settle LIBOR related charges with U.K., U.S., and Dutch regulators. Enrico Cucchiani steps down as CEO of Intesa Sanpaolo. The reason is disagreement with shareholders about the disappointing performance of the bank in Q2 2013.

The Financial Stability Board calls for banking regulation on a bail-in of bondholders of failing financial institutions. According to the European Banking Authority, Europe’s 42 biggest banks will meet Basel III requirements within the following 6 months, five years ahead of schedule. CLO issues are at the highest level since the financial crisis: 55.41 BUSD in 2013 so far as opposed to 88.94 in total 2007.
Posted by Florian Lummert at 8:03 AM