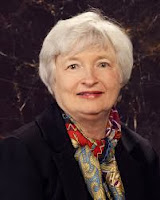 “If confirmed by the Senate I pledge to do my utmost to keep that trust and meet the great responsibilities that Congress has entrusted into the Federal Reserve.”
Janet Yellen – 10 October 2013


ECB' Vitor Constancio points out that European banks are better performers than their market valuation suggests; capital adequacy ratios are, on average, stronger than in the US. UniCredit considers a sale of its Ukrainian banking business and a purchase of Poland’s BGZ Bank. In its 2014 stress tests, EU regulators intend to penalize EU banks who continue relying on the ECB's cheap funding program LTRO. Monte Dei Paschi's board accepts a 2.5 BEUR capital increase, imposed by European regulators. If investors cannot be found, the bank's bailout bonds subscribed by Italy will have to be converted into equity. A subsidiary of Goldman Sachs, Leed International Education Group, is subject of investigations in China; authorities assume bribes paid to Lei Yi, chairman of the Chinese company Yunnan Tin. European banks' exposure to their own sovereigns, through holding government bonds, is again on the rise and reaches up to 10 % in certain European countries. JP Morgan settles CFTC's London Whale investigation for 100 MUSD. To comply with Basel III rules, BBVA raises 1 BUSD by selling 5 % of its 15 % stake in Chinese Citic Bank. JP Morgan settles its next litigation and reaches a 15 BUSD agreement with U.S. authorities about mortgage backed securities selling claims. Rabobank faces a 1 BUSD LIBOR fine by U.S., U.K., and Dutch regulators. Wells Fargo strikes a deal with the Federal Housing Finance Agency for less than 1 BUSD related to mortgage backed securities litigation. 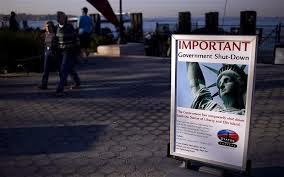 The US Congress has fixed a deadline for extending the U.S. debt cealing for October 17, 2013. This may become the possible date for a U.S. sovereign debt default. A few days later, China and Japan criticize the USA for not dealing efficiently with its budgetary crisis, as fears about a U.S. sovereign debt default rise. Next, the U.S. senate suggest to extend the U.S. debt ceiling temporarily for further 6 weeks. The financial press outlines the dramatic consequences, that a U.S. government debt default would have on REPO markets: U.S. government bonds could become unacceptable as collateral for REPO transactions. Fitch also reacts: The rating agency puts the U.S. and its AAA rating on credit-watch negative, due to ongoing discussions about the rising of the U.S. maximum debt level. Finally, on October 17, the U.S. congress approves a deal to raise the debt ceiling of the U.S. temporarily until February 7, 2013.


Janet Yellen will become the next chairman of the U.S. Federal Reserve. The European Central Bank and the People’s Bank of China agree on a currency swap which is meant to encourage the use of the Renminbi in China/EU trade relations. Real estate bubble in Germany? The Bundesbank warns that real estate prices in big German cities could be 20 % overvalued. The ECB publishes its criteria for carrying out next year’s stress tests on the biggest European banks. The tests will be finished by November 2014. The U.S. FED leaves its monetary policy unchanged but considers a slowdown of bond repurchases in January and February 2014.


After Q3 2013, the Spanish economy puts an end to its recession.


ICE and NYSE continue their ambitions to merge. European regulators are not likely to oppose the deal. Hedge Funds appear more and more on REPO markets which are less interesting for banks, due to upcoming leverage ratio regulation. The financial press reports that private equity funds are very active in financing the shipping industry. For buying a new ship, typically 80 % of equity financing is provided by private equity funds.

“If things continue to be this bad year after year, one way or another, the thing [the Eurozone] will crack.”
Paul Krugman – 22 November 2013


Spain experiences an investment boom in the car industry. The OECD criticizes France for its lack of structural reforms to restore its competitiveness. Iran signs a deal with the U.S., Britain, France, Germany, Russia, and China to curb its nuclear program and to receive, in return, alleviation from economic sanctions.


The hedge fund SAC Capital agrees to pay a 1.8 BUSD fine for insider trading. Twitter is successfully introduced to the New York Stock Exchange. The company is valued 31.2 BUSD. The U.S. Senate holds a meeting to debate if and how to regulate Bitcoin currency. The use of covenant lite corporate loans in CLOs increases to record highs since the financial crisis. A decline of gas prices is under way. U.S. shale gas is significantly cheaper than traditional gas contracts in Europe and Asia, which are linked to the price of oil.


The ECB cuts interest rates in response to falling inflation across the Eurozone: The refinancing rate is fixed at 0.25 %, interest on reserves is 0 %, and the interest rate for ECB's regular lending facility is 0.75 %. Janet Yellen, future chairman of the FED, says that the US economy lacks behind its potential and that the FED's monetary accommodation should be used to stimulate the economy further; she confirms that an inflation target of 2 % is a top priority for the FED. Raghuram Rajan, governor of Indian's central bank RBI, intends to liberalize the Indian banking sector over the next years, opening it up to national and foreign competition. U.S. banks warn they could charge interest for client deposits if the FED still lowers interest rates received for FED deposits. Chinese regulators intend to limit interbank lending to avoid a build-up of leverage in the financial system. 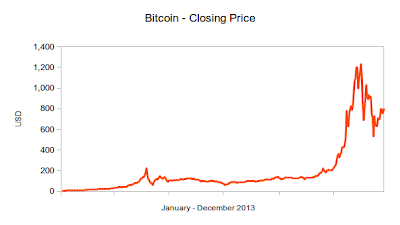 Silicon Valley entrepreneurs start investing in Bitcoin exchanges, seeing in its open protocol a good opportunity to develop low-cost exchange transfer systems. Later in the month, the European Banking Authority warns about the use of unregulated Bitcoin currency exchanges that imply very high volatility of exchange rates. The Gold price falls to its lowest level since July 2013 and, on December 2, stands at 1,218 USD. New cash crunch in China: Money markets are short of cash and short-term lending rates soar from 4.3 to 7.6 %. The central bank reacts with short-term liquidity operations. It injects 4.8 bn USD in the financial system via open market transactions and succeeds to bring inter-bank lending rates down again.


Portugal prepares a bond swap; the country intends to fully return to capital markets by mid 2014. Ireland regains economic sovereignty as the country exits the phase of international bail-out. Greece and Ireland are among the best performing stock markets in 2013, with 45 % and 35 % gain in USD terms respectively.


Investment bank bonuses for 2014 are expected to decline by average 5 to 10 %. RBS' retail business experiences a technology breakdown, making it impossible for customers to use the bank’s credit and debit card payment services. Deutsche Bank, Société Générale, Citibank, and JP Morgan settle anti-trust claims in relation to EURIBOR fixing violations with the European Commission for 1.7 BEUR in total. HSBC is thinking about selling / floating its U.K. business. BaFin investigates whether Deutsche Bank has participed in a fixing of gold and silver prices. JP Morgan Chase intends to sell its Asian investment business, Global Special Opportunities Group, for 1 BUSD. The goal is to streamline the bank's operations and anticipate future financial regulation that could forbid this type of business. A few days later, JP Morgan sues the Federal Deposit Insurance Corporation and claims more than 1 BUSD on the ground that FDIC mismanaged JP Morgan's subsidiary, Washington Mutual, when the latter went into receivership. Citi sells its oil trading business to Rosneft. The Brazilian investment bank, BTG Pactual, strengthens its commodities trading business in London and intends to hire 100 additional staff.


U.S. regulators agree on the details of the Volcker rule, specifying namely the details of forbidding proprietary trading for banks. Banks react by preparing law suits against upcoming regulation. The ECB announces its intention to stricter regulate holding sovereign bonds by banks. This should create better incentives for corporate lending instead of buying sovereign debt. According to EBA data, this intention has not been successfully put in place so far: Sovereign bond holdings by European Banks increase and stand today at 66 % of sovereign bonds. In Southern European countries, this number stands significantly higher. New Foreign Bank Organization rules in the U.S. will be postponed and come into force early 2014.


The European Council approves the principals of the European Banking Union: Member states will still be allowed to to wind down or recapitalize banks outside specific European rescue funds.


The U.S. FED starts off its new tapering policy by reducing quantitative easing transactions from monthly 85 BUSD to 75 BUSD. Emerging markets are the first victims of this new policy: Debt funds investing the these countries have lost 12.4 bn USD in 2013, 9.4 bn USD of which were pulled out in relation to the FED's recent tapering decision.
Posted by Florian Lummert at 10:05 AM