The Ascent of Money – “Behind each great historical phenomenon there lies a financial secret.”

The book is fantastic; reading “The Ascent of Money” should be mandatory for everyone working in the industry.

“It is the company that enables thousands of individuals to pool their resources for risky, long-term projects that require the investment of vast sums of capital before profits can be realized.”


After the invention of banks and bonds, the next major step in financial history was the joint stock and limited liability corporation. New features were the following: 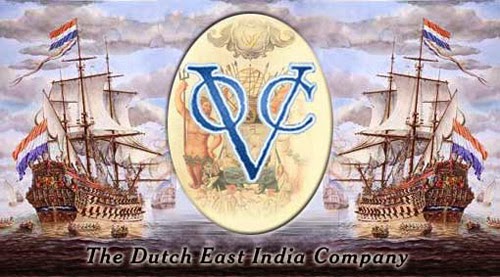 The first stock market was created in the early 17th century in Netherlands. It was more created by accident than by systematic planning: The United Dutch Chartered East India Company which operated the Dutch trade with the east was originally meant to the liquidated to grant investors a return. As such liquidation turned out impossible, trading its shares was the only alternative left for shareholders to cash in on their investment. To that extend, a stock market was required.

When you talk about stock markets, you must inevitably talk about bubbles and their burst. Niall first outlines the main stages of stock market bubbles:

One great example of financial crisis that Niall Ferguson describes in his book is linked to the career of John Law. 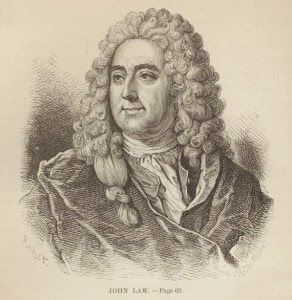 Born in 1671 in Edinburgh, Law went to London in 1692 and lost a lot of money in business ventures and gambling escapades. In 1694, he killed his neighbor in a duel and was sentenced to death. He fled to Amsterdam which was, at that time, the world capital of financial innovation. In the early 18th century, he developed the idea that central banks should issue interest bearing notes instead of hard currency. After Scotland and Italy rejected his idea in 1705 and 1715 respectively, he brought it to France. Plagued by fiscal problems, France accepted Law's proposal and nominated Law in May 1716 to govern the private Banque Générale. In December 1718, the Banque Générale became Banque Royale, the first French central bank. France's transition from coinage to paper money had begun.


“Confidence alone was the basis for public credit; with confidence, banknotes would serve just as well as coins.”


In the following years, Law expanded money supply in France heavily and, thereby, created inflation and a huge asset bubble. Share prices increased more and more, justified only by expectations of future profit.


“The whole nation would become a body of traders, who have for cash the royal bank, in which by consequence all commerce, money, and merchandise re-unite.”


“It was as if one man [John Law] was simultaneously running all five hundred of the top US corporations, the US Treasury and the Federal Reserve System.”


When Law tried, on 21 May 1720, to pass a deflationary decree reducing official share prices and the number and value of banknotes to ½, people's confidence in the financial system was gone. The Government revoked the monetary policy measures and dismissed and incarcerated Law on 29 May 1720. Later on, he fled the country.


Other famous financial crisis that Niall describes in his book are

He emphasizes the role central banks play in financial crisis, writing that “a crucial role, however, is nearly always played by central bankers, who are supposed to be the cowboys in control of the herd.”

A final note on stock market movements: Niall explains book that they actually don't follow a normal distribution: “If it were a normal distribution, an annual drop of the DJIA of 10 % or more would only occur once every 500 years which is not the case. In reality, there are many more “fat tail” events.”

How do we deal with the risks and uncertainties of the future? Insurance by the individual? Voluntary charity? Count on the state through compulsory contributions?


“The history of risk management is one long struggle between our vain desire to be financially secure and the hard reality that there really is no such thing as the 'future'.”


Once we realize that the future is uncertain, we still don't know exactly today how we should deal with risk.

The earliest forms of insurance simply meant to set resources aside to guarantee tribe members a decent interment.


“Saving in advance of probable future adversity remains the fundamental principle of insurance, whether it is against death, the effects of old age, sickness or accident. The trick is knowing how much to save and what to do with these savings.”


In the 1350s, true insurance contracts occurred, with premiums ranging from 15 to 20 % of the sum insured, falling below 10 % by the fifteenth century. At that time, insurers were not specialists but rather merchants who also engaged in trade on their own account.

In the late 17th century, an insurance market developed in London, namely in the life and maritime insurance sector. It was at that time that the six major insurance basics were introduced:


In 1744, the Church of Scotland set up the first life insurance fund. It was the first insurance vehicle based on correct actuarial and financial principles, rather than mercantile gambling. It was also the first insurance fund that collected premiums to indemnify the insured through profitable investment of the premiums rather than the premiums themselves. To pay widows and orphans, the fund made accurate projections of how many beneficiaries there would be in the future and how much money could be generated to report them.

Today, insurance companies and pension funds are among the biggest institutional investors in the global financial markets. Their huge size is inherent in an insurance's business model:


“Size matters in insurance because the more people who pay into a fund the easier it becomes, by the law of averages, to predict what will have to be paid out each year. The individual date of death is difficult to determine but the average life expectation is possible to calculate.”


In his book, Niall Ferguson also discusses the two major alternatives to the insurance model, i.e. the welfare state (which was first introduced in Germany in 1880 by Otto von Bismarck) and hedging (which had its origins in agriculture in the late 19th century and, today, takes the form of traded and OTC derivatives).


“A man who has a pension for his old age is much easier to deal with than a man without that prospect.”


“When Hurricane Katrina struck New Orleans, it laid bare some realities about the American system that many people had been doing their best to ignore. Yes, America had a welfare state. No, it didn't work.”


“The real estate market is unique. Every adult, no matter how economically literate, has a view on its future prospects.” 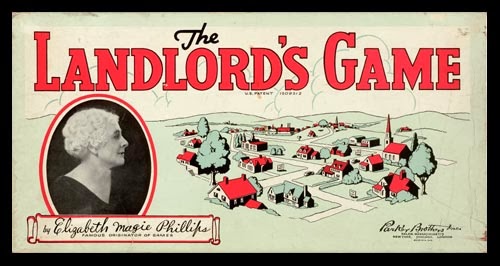 To point out the importance that real estate enjoys today as an asset class, Niall Ferguson tells to the story of the Monopoly game. Invented in 1903 by Elizabeth Phillips in the U.S., its original purpose was to show the iniquity of a social system in which a small minority of landlords profited from the rents they collected from tenants. Today, the game is not only in itself a huge commercial success worldwide; in addition, its message has turned upside down: Even the youngest player learns very fast that the more real estate you own, the more rents you earn and the more chances you have to win the game.

Looking at the history of real estate booms and bust, from the first modern property crash in the United Kingdom, involving the Duke of Buckingham's Stowe house in 1848 to the recent sub-prime mortgage crisis in the U.S. in 2007/08, we know today that this is actually not true.

Particularly interesting in the book is Niall's description of how U.S. real estate policy to some extent triggered the sub-prime mortgage crisis. The major steps were the following:


“Significantly, a disproportionate number of sub-prime borrowers belonged to ethnic minorities. Indeed, I found myself wondering as I drove around Detroit if sub-prime was in fact a new financial euphemism for black.”


“As a business model sub-prime lending worked beautifully – as long as interest rates stayed low, as long as people kept their jobs, and as long as real estate prices continued to rise.”


“At the time, the sellers of these 'structured products' boasted that securitization was having the effect of allocating risk 'to those best able to bear it'. Only later did it turn out that risk was being allocated to those least able to understand it.”


On the merits, what are the pros and cons of investing in real estate?


“But the real home bias is the tendency to invest nearly all our wealth in our own homes. The key to financial security should be a properly diversified portfolio of assets.”


Towards the end of his book, Niall describes some additional events and tendencies in international finance such as


At the end of his journey through financial history, Niall Ferguson reaches an interesting conclusion:


“Yet money's ascent has not been, and can never be, a smooth one. On the contrary, financial history is a roller-coaster ride of ups and downs, bubbles and busts, manias and panics, shocks and crashes.”


I would like to add: There is no reason that this would change in the future, let's prepare for the next crisis!

Niall Ferguson – The Ascent of Money
Posted by Florian Lummert at 10:33 PM