On February 2, 1934, Franklin D. Roosevelt signed an executive order forging the U.S. Export Import Bank (Ex-Im). At that time, the U.S. faced “emergency by reason of widespread unemployment and disorganization of industry” (quote from the executive order). Ex-Im should help tackling this problem.

Today, 80 years after its birth, Ex-Im might disappear. Its current charter lapses on September 30, 2014 and some U.S. congressmen advocate not expanding it.

Even though its abolishment would come as a big surprise, it is still worthwhile to follow the debate as it provides compelling insights into why export credit agencies exist or, if you take the opposite view, should disappear.

Ex-Im had, since its origin, the mission “to aid in financing and to facilitate exports and imports and the exchange of commodities between the United States and other nations” (extract from the executive order).

Why should Ex-Im disappear?

“To support business does not necessarily support free enterprise.”

“Washington loves to use the tax code to pick winners and losers.”

“History teaches us that, sooner or later, every government insurance and guarantee program – almost without fail – will fail.”

Why is Ex-Im important for the U.S. economy?

To a great extend, the arguments in favor of U.S. Ex-Im mirror those against the bank: 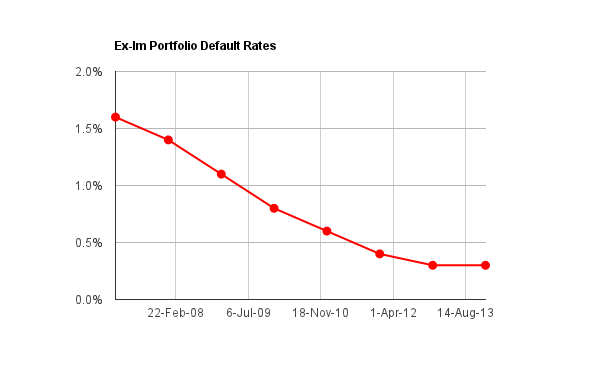 “In this global economy, buyers will make procurement decisions based on the availability and attractiveness of financing.”
Fred Hochberg / U.S. Ex-Im – June 25, 2014

How much cost Ex-Im’s credit programs?

In the political debate, the U.S. Congressional Budget Office has produced an interesting estimation of the cost of Ex-Im’s credit programs, based on the bank’s cash flow projections. The study opposes two valuation approaches: 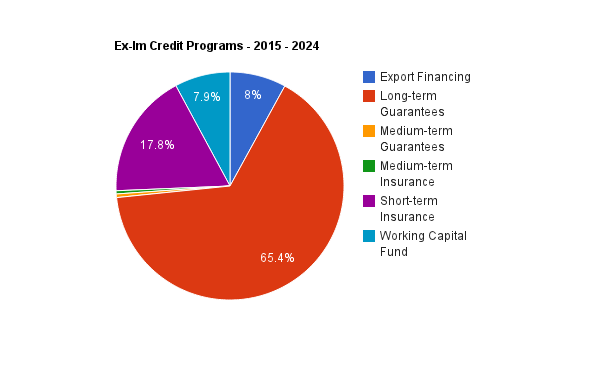 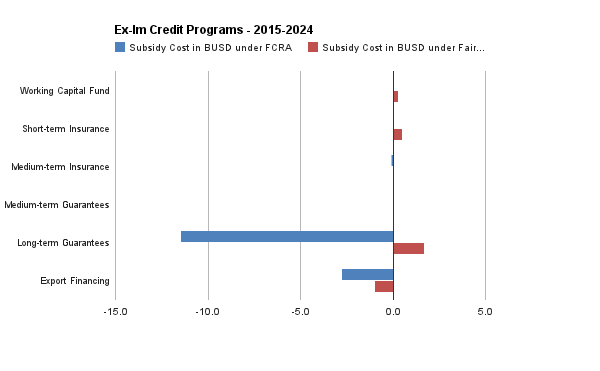 As you can see above, the FCRA approach shows a profit for the U.S. Government (The costs are actually negative.) whereas the fair value approach results in a cost for the American taxpayer. 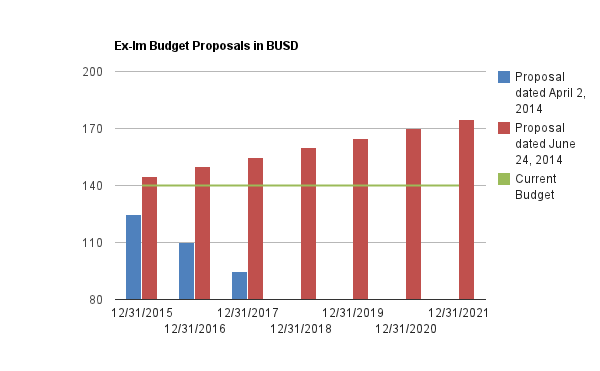 As I wrote above, nobody really believes U.S. Ex-Im to be shut down. The discussion still remains interesting to follow.

Posted by Florian Lummert at 7:02 PM