Documentary Credits – Why they are actually not credits

Oftentimes, the name of a financial instrument gives you a first hint of what it is and how it works. Sometimes, however, you are better off not to think too much about the name. The documentary credit, also called letter of credit, is a good example for the latter.


What is a documentary credit?

A documentary credit helps an importer paying an exporter. It engages the Issuing Bank to pay upon timely presentation of documents. However, a documentary credit is separate from its underlying sale or other contract. In clear, banks are not concerned or bound by such contract.

Even though we talk about a “credit”, there is usually no credit involved at all. Only exceptionally, the parties opt for deferred payment.

By definition, a UCP 600 letter of credit is irrevocable even if the parties are silent in that regard. What’s the point for an exporter to accept a bank’s engagement if the latter is not bound to execute it?

The International Chamber of Commerce (ICC) has developed common rules for letters of credit. They are called Uniform Customs and Practice for Documentary Credits (UCP). The current version of 2007 is labeled “UCP 600”.

For UCP 600 Rules to be applicable, the parties must refer to them in their letter of credit. 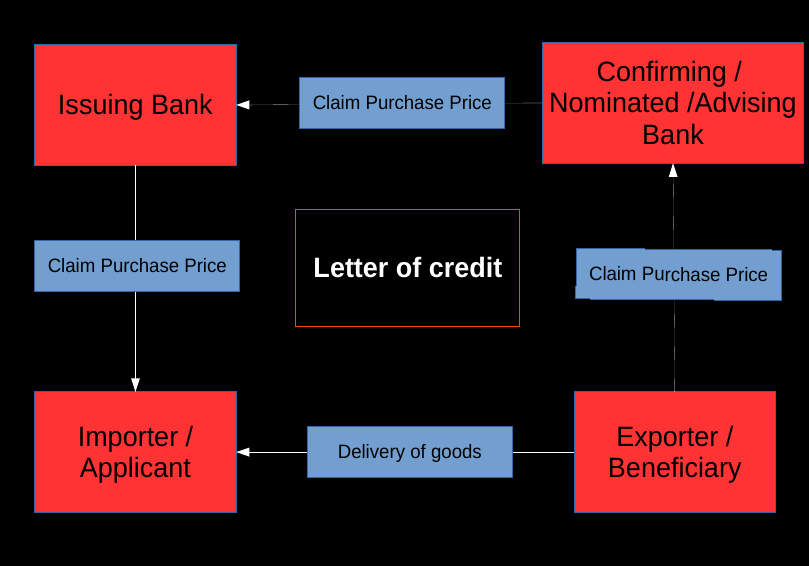 To amend a documentary credit, Issuing Bank, Confirming Bank, and Beneficiary must agree on such amendment.

If you are selling potatoes on a market, you hand over the potatoes to your client and, in return, receive the money. If you want to export a whole bunch of potatoes to a distributor abroad, the problem is that you are not face-to-face with your buyer. A bank will pay you here. However, to avoid handing over your potatoes to the bank which then hands them over to the buyer, you will replace the potatoes by documents showing that you have actually delivered them to the buyer.


“Banks deal with documents and not with goods, services or performance to which the documents may relate.”

How a documentary credit can benefit a third party

By definition, a second beneficiary cannot transfer the credit any more.


A documentary credit without (paper) documents?