“There is always work to be done, a second curve waiting to be invented.” – Charles Handy’s new book

Technology threatens jobs. Old institutions cannot guarantee employment any more. To sum it up: The future is uncertain! What to do?

There are no simple answers. But Charles Handy provides a tool that might help – The constant search for a second curve.

The concept of the second curve

The sigmoid curve is a mathematical concept that, according to the author, applies to all aspects of our lives: organizations, businesses, governments, empires, alliances, etc. 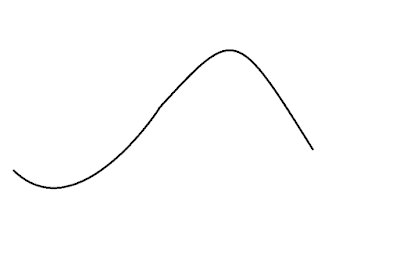 A sigmoid curve has four phases:

You have to accept these assumptions. If you don’t, it’s actually not worth reading the book.

Nobody likes decline. The only way to avoid it is to start a second curve before the first curves peaks. 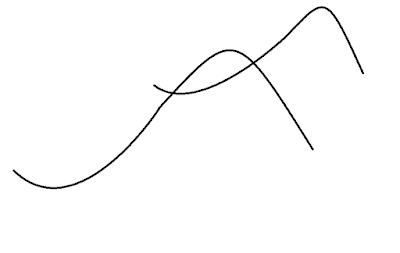 The problem of timing

The second curve approach is easy to understand. But it seems to me that its application is all the more difficult. How do you actually know where you are on the curve and when the next phase comes?

Charles Handy admits this, writing that “the problem is knowing when the first curve is about to peak:

I haven’t really found a solution to this problem in the book. But I tend to think that a solution is impossible because it depends on the underlying facts to which you apply the second curve image.

In the rest of the book, Charles Handy applies his idea to various aspects of our life. I only pick a few examples here.

The second curve in your career – “Work is what we do, not where we go.”

Charles Handy’s message is pretty simple: Jobs change more and more rapidly and technology threatens everything besides jobs where creativity is key and where personal attention is needed (nursing, health care, social work, care of the elderly); performing arts, tourism, and entertainment might also escape.

Therefore, people will have to change jobs frequently. If you have to do that anyway, the author recommends that you do it before the declining phase, when things are (still) going well.

Instead of today’s big employers, Charles Handy imagines a pure contractual organization, where you as a specialist contribute your know-how only if and when it is needed. But instead of seeing this gloomily, the author turns it upside down: “Groups of specialists form independent groups and contract their work back to the organization, trading security for independence, better rewards, and more control.”

From the company’s standpoint, this involves not only advantages: “Critically, however, there is no more sense of community in a contractual organization, no core values, nothing to inspire loyalty. Where contracts are key the spirit is lost.”

Let’s turn to the critical question: How can you be sure to earn more money on your second curve? Actually, you can’t. But for the author, it’s not only about money:

“It can be more satisfying, and often more profitable, to grow different rather than bigger. This is the premise behind the Second Curve, that different is more fruitful than more of the same.”

The second curve for companies

Charles Handy imagines the future company as a “shamrock organization”:

The exact balance between the three leaves depends on the needs and situation of each organization and, therefore, is a major strategic decision for any company.

“Surround people with too many rules and regulations and they stop thinking for themselves.”

Charles Handy thinks that people should be granted flexibility and criticizes that too many firms kill their people’s creativity for the sake of efficiency. He uses the image of a doughnut:

The current curve tends to produce jam only; the second curve should favor the dough instead.

Charles Handy praises federalism as a way to keep people engaged locally while leveraging on the strength of size. In his view, this is not only a political concept but applies to corporations as well.

Good bye to the almighty headquarter that prescribes how things ought to be done! Local issues should be decided locally!

What am I here for?

By the end of his book, Charles Handy asks fundamental questions: What are all these curves good for?

One thing is for sure: It’s not about money: “Many in our capitalist age would settle for money, and then more money. But this only postpones the problem, for money is only an intermediate purpose, a means to a bigger end.” In the author’s view, money only keeps you busy going nowhere.

To determine the ultimate purpose of life, Charles Handy recurs to Aristotle – Achieve excellence in accord with virtue through eudaimonia. He defines eudaimonia as being more than happiness – “doing your best at what you are best at, for benefit of others” or, in other words, “living up to your potential”.

The book is worth reading. It’s sometimes a bit too much visionary stuff for me, but that is, of course, a question of personal preference.